My name is Mike Peverill. I’m here at Pev’s Paintball Park in Aldie, Virginia. I’ve been playing paintball nearly 30 years. I’ve played professional paintball with numerous pro teams all over the world. This facility here was built from the ground up for paintball, kind of like a paintball Disney Land. Our website is www.pevs.com. Hopefully you can come out and visit us sometime.

Rec Ball Guns and Speedball Guns are notably different. A lot times just by the color. I mean, Speedball Guns, typically, you’re gonna see a fancy color such as this. And some of the guns behind me that are red. Or then you’re gonna see Rec Ball Guns which are more like this, which is black, hard to see, looks more like a real gun, kinda similar to this. When you look at a gun like this, you know, this is what we consider more Rec Ball-related or scenario-related. So I’m gonna go over the differences between the two in several ones. The basic Rec Ball Gun is the same thing with the rental gun. Like a Tippman Model 98, for example. It’s basic, it’s simple, durable. But it’s kinda got that look to it that you’re kinda playing, like, war, in military, you know? But at the same time, it’s rugged, and it’s not gonna break down on you. And this is a Speedball Gun. High-end clips Geo. It’s a high-end gun, very flashy. Electronic triggers, electronic panel, a control panel that tells what it’s gonna do. It’s fast. It’s a high-end race car. Like, if you’re gonna go win the Nascar event, okay? As opposed to something like this. This is just a regular car without all the bells and whistles. But this is durable. This is durable too, but this one is typically gonna have more problems with it. Because when you push a gun, a paintball gun, to its limit, you basically have a problem where it’s gonna be finicky, a little bit. It’s gonna have things that are gonna go wrong with it. But, but a gun like this, you’re gonna play in a speedball tournament, or a national championships anywhere, you want a gun like this. Super fast, the electronic trigger allows it to shoot, you know, anywhere up from 15 balls a second and up. As opposed to a gun like this, where you’re shooting, you know, less than 10 balls a second. It’s a little slower, it’s clunkier, but at the same time, it’s durable. When I play for fun out here at the park, I’ll use this, because it’s durable. But at the same time, reliable, it makes it happen. Now, if I go play Scenario, a lot of times, you get out there with scenario version of Rec Ball, where guys are gonna have a gun like this. Where it has all these after-market effects on it to make it look kinda ominous. Kinda looks like you’re playing war, you’re playing Rambo. And then, you know, and as you see, it all depends what your taste is. If your playing style is Rec Ball, then you’re gonna determine, “Do I want Rec Ball, regular Rec Ball? Or do I want Rec Ball scenario paintball, where I want it to look more realistic?” And, and then if I’m gonna play Speedball, when I play in the national tournament, I still use a gun like this. ‘Cause I rely on its dependability and rate of fire. I need this gun to shoot like darts, ball after ball, as fast as I possibly can.

FULL SIZE, REAL FEEL, DUAL ACTION - Durable synthetic design and up to 1400 rounds per minute FUELED BY (2) 12-GRAM CO2 CARTRIDGES - Delivers speeds up to 430 fps (CO2 cartridges not included) ADJUSTABLE STOCK - 6 adjustable positions make the rifle ... (as of December 1, 2020 - More infoProduct prices and availability are accurate as of the date/time indicated and are subject to change. Any price and availability information displayed on [relevant Amazon Site(s), as applicable] at the time of purchase will apply to the purchase of this product.) 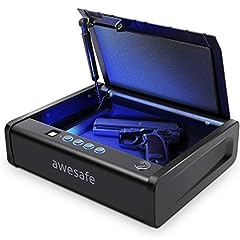 Gun safe provides secure storage for two standard handguns or one larger pistol and extra ammunition; pistol safe with digital keypad for advanced protection. If you have young children who don’t understand the potential danger of firearms, it’s esse... (as of December 1, 2020 - More infoProduct prices and availability are accurate as of the date/time indicated and are subject to change. Any price and availability information displayed on [relevant Amazon Site(s), as applicable] at the time of purchase will apply to the purchase of this product.) 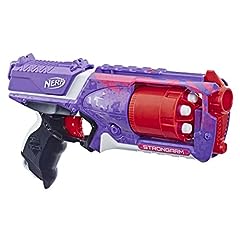 Fire 6 darts in a row: fire 6 darts in a row from this quick-draw, fast-firing Nerf N-Strike Elite strong arm toy blaster that shoots darts up to 90 feet (27 meters) and includes 6 Nerf Elite darts Flip-open rotating 6-dart barrel: the strong arm Ner... (as of December 1, 2020 - More infoProduct prices and availability are accurate as of the date/time indicated and are subject to change. Any price and availability information displayed on [relevant Amazon Site(s), as applicable] at the time of purchase will apply to the purchase of this product.) 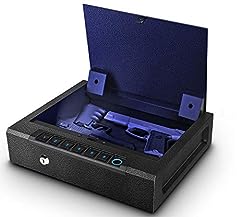 ✅【QUICK ACCESS Biometric Gun Safe for Pistols】 QUICK ACCESS to your gun safe and valuables, documents, and firearm(s) from the automatic opening door. Get in quick when it matters most using the rapid backlit keypad, spare key or biometric fingerprin... (as of December 1, 2020 - More infoProduct prices and availability are accurate as of the date/time indicated and are subject to change. Any price and availability information displayed on [relevant Amazon Site(s), as applicable] at the time of purchase will apply to the purchase of this product.)

What category does an azodin kaos fall under

Here’s the real talk on paintball markers guys, since there’s so much confusion in the comments.

First off, if you have any questions, feel free to ask me a question.

The truth is that 99.99% of woodsball guns are cumbersome to carry, they’re all annoying to clean, and they’re often times not able to shoot quick (they’re not electronic, most of the time). Sniping in paintball is NOT possible. Sure, you can get long ball shots, but they’re far and few between.

Lol i play on this field

I play woods ball but I really want an electronic gun would it be bad to get one?

I’m just starting out. Is the Azodin Kaos a good gun

where would a gun like the Dye DAM fit in?  It’s very scenario based with it’s look and FS rounds but, it has a high rate of fire and feed for regular paint as well.  Would it work well as an all around marker for true woodsball or speedball (cleared field version not the inflatable enclosed court)?

Hey do they Azodin Kaos in the pro shop?

Hey, what do you play with?

yes a speedball gun is still good in woodsball but a woodsball gun would be awful in speedball. Speedball guns are good either way

Can you play both with the dangerous power fx?

I’m sorry for being a noon. but is playing woods ball with a speed ball gun against the rules

great video….but one question in my very strange country we have wood fields but with the size of speedball fields then in this case wich one you recommend me a speedball marker or a woodsball marker? thanks for  the answer 😀

Is the invert mini a good gun?

I don’t understand why anyone likes milsim guns; i just don’t. They don’t look real at all, their heavy as shit, and you spend a ton of money on stuff that doesn’t improve the actual gun itself. I personally think speedball guns look way cooler, provide way more function, and are just overall feel better when shooting and holding.

Is the jt outkast a speedball gun?!

this video is garbage and “rec” ball is not the same as senario. Magfed is also not mentioned, speedball is not the only type of marker in which there are high ends

i have a budget of 500$, i am a beginner so i want something easy to use but will last long nothing to fancy but maybe a little something diffrent from the default gun maybe a longer barrel or the feeder off to the side. any suggestions?

Unfortunately Woodsball Fields ar few and far between. Most that advertise Woodsball are actually Speedball or Hyperball. In true Woodsball, the Speedball markers would not survive long. Seen a lot of broken autocockers and even a few broken SL 68 pumps. You use your marker to push branches out of the way when your running and it is not unusual catch them on trees or to fall on your marker in ditches or foxholes. Never saw any CO2 tanks broken from the markers but I would not be eager to test the strength of HPA , its regulators, and the electronic markers to such abuse. In Speedball and Hyperball  the paths are cleared and you are restricted to those paths. Much more friendly for Clown Markers.

I’ve played speedball every time I played paintball and my parent won’t really let me play Airsoft mainly because of race issues with black people and guns any suggestions of a good woodsball gun for starting out?

I need a paintball gun with hopper for entry level. I have about $35

what is the best speedball gun to use?

Is a proto pm8 a good beginner gun?

Hi , I really want a gun for both speed ball and woodsball , anyone have any recommendations?

Honestly. Just do air soft if you want to do scenario or speedsoft. Same thing. Bettee looking. Cheaper.

what speedball gun is that

Do electronic triggers on speedball guns pass regulations that say you can only have a semi auto on a paintball arena?

Everyone who’s asking “is this gun good for” just go watch Mike’s videos. His channel is “paintballtechpb” and he does some budget baller shows and shows what good starter guns are and what they are good for.

What category does the Mr100 fit into?

Using speedball guns at woodball is an wus..

“they just buy it by the color” ?! realy? 😀 its just the extra. me and my team buy them cause they shoots smoother, are quiter,lighter, and they HAVE A DOUBLE TRIGGERs WITH A MICRO SWITCHS and the turnament modes. did you can play with a woodsball gun at a speedball turnament? yes cause it only have a black color 😀 too funny ^^

i think it depends on the taste of the person, i shoot a dangerous power fusion LE, great little gun that works no matter the situation, i mean, a good gun is a good gun

Can someone do well with a tippman phenom. …vs a speedball gun

I am interested in playing and I want something good for simple recreational playing with friends. Should I get a woodsball gun or s speedball gun? I don’t want a fancy m16 looking thing just a simple one. Speedball looks a little too much for me as s beginner

These need to be longer